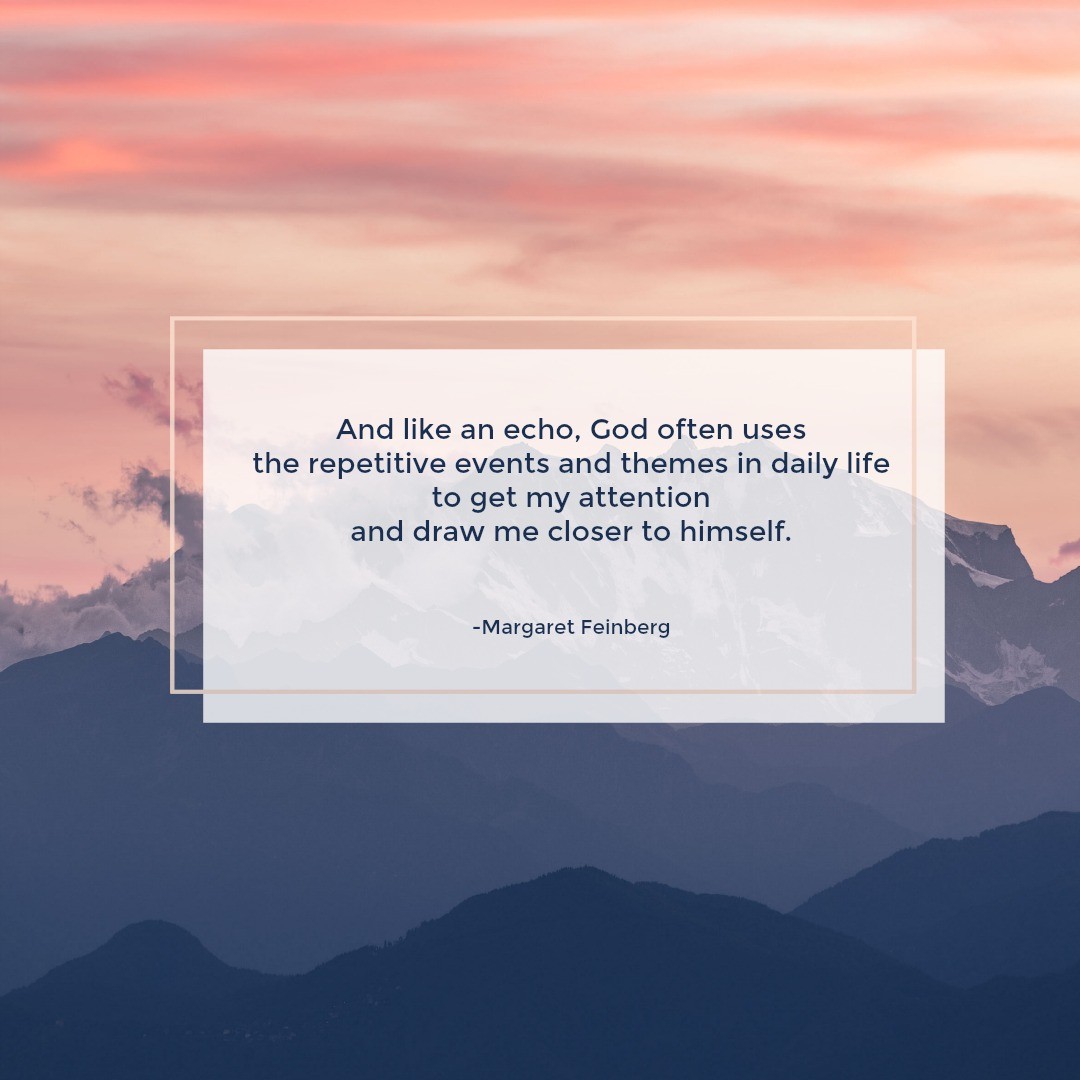 It all seems to be coming together, this message of beloved, the significance of allowing God to name me, instead of my many faults or successes. Margaret Feinberg calls it “sacred echoes” when you are hearing the same message in many places, God trying to get our attention. This Advent season, this message keeps coming across, live as the beloved because you are. Live your status as favored because you are. Knowing this and believing it changes everything. These are things I know, I can quote scriptures to show where this truth is found, but to really walk in this truth is a different story. To keep my eyes on God and who He is, and who He says I am is a more challenging task for me than I think it should be. Who would not want to be defined as beloved and favored. For some reason it feels awkward, like there is some sort of mistake. God keeps reassuring me that there has not been. I can relate to Mary’s response to the angel’s greeting of highly favored and God being with her, “Mary was greatly troubled at his words and wondered what kind of greeting this might be.”( Luke 1:29)

This Advent season I have been taking time to wonder, ponder, and trying to be still. I have been entering into the Christmas story from different angles, and trying to hear, see, feel, and smell the scenes. The angels declaring to the shepherds,

“Glory to God in the highest heaven,
and on earth peace to those on whom his favor rests.”

seems to be part of this sacred echo in my journey of walking in my true identity of the beloved. Along with entering the Christmas story, I have been reading a book called True You: Letting Go of Your False Self to Uncover the Person God Created by Michelle DeRusha. In this book the sacred echo of being the beloved comes through. Michelle shares her journey of awakening to this reality. “Once we understand, accept, and embrace with our whole hearts and mind that we are the beloved, period, everything else either falls away or falls in place.” That is a huge statement. I am pretty sure it is a life time adventure of learning what that means and how to walk in it.

As I have been pondering this being the beloved, the importance of being still, and wondering, allowing God to show me more of Himself, specifically through the Christmas story, I have been subbing. I was in the same English class two different times. They have been reading the book, Warriors Don’t Cry by Melba Beals about the “Little Rock Nine.” It was in a public school in this English class that I heard a sacred echo. The author had mentioned in the book about the power of prayer and knowing who God said she was, but my second time in that class they were listening to an NPR interview with the author, who had lived through these atrocities as a teenager that we had read about. The horrible things said and done to these kids are heartbreaking and shocking, but her statement at the end of the interview shook me even more. “And I’ve always known, thanks to grandma and mother and God, who I really am. So that’s all I need.”

“That’s all I need” to go through such atrocities and live to tell it in a strong voice. I have a quote that has been sitting on my desk on a sticky note from Bianca Olthoff, “Do not let your issues become your identity.” I think how easy it would have been for Ms Beals to do that, to identify herself as a victim or allow the words that were slurred at her to take root in her soul and destroy her. I think of the Christmas story of the angels showing up to shepherds, the lowest class of Jews in that day. They were unclean by law standards, and yet God disregards this and allows them in on the greatest story that would be for all mankind. Not because of who they were or what they had done for Him, but because of who He is and how He wants to include all.  They are moved by it and do not allow who they are or what they do keep them from being part of it. After they see Jesus, I love how empowered they are. They run through the streets and tell the good news. These outcasts of society were amazing the people with their words, and the shepherds were not letting their life keep them from being the beloved.

In True You, the author shares about working and trying to gain approval. I think this is the camp I fall into. I grew up trying not to be certain things, and chasing after other things. I am not sure why it surprises me but I am back at this lesson, that it is not what I do that makes me have God’s favor or earn the title of beloved, it is who God is and who I am in Him. When I first came home to raise my kids, that was super hard. I had been chasing certain goals for a long time. They kept me moving and gave order to my life. They helped me know what was next, but then that all came to a halt and I felt like God had taken me out of the game to the back side of the desert. Now though, I look back and realize all this has been to teach me that I am the beloved and I am favored because I am a daughter of the king. I am reminded of Hosea 2:14 “Therefore I (God) am now going to allure her; I (God) will lead her into the wilderness and speak tenderly to her.” This was a gift that I did not know to ask for and yet because of God’s heart for me He led me out of that world I was chasing to teach me of His love and favor, to help me learn who I am without all the accolades.

Now as I enter this new season, I am surprised that I would be so easily enticed to go back to chasing after things, instead of allowing God to lead and guide. Thankfully, He is making these lessons obvious. No angels popping out of the sky for me personally, but ones popping off the page to remind me that there is good news of great joy for all people, that this is a time of peace toward men and women on whom His favor rests. It rests on us, we do not hold it in place, or grasp it and set it there, or earn it, it rests on us, and in us because of Christ’s sacrifice of coming to earth, and breaking into time and conquering this brokenness to heal us and redeem us. I am encouraged by the journey Michelle Derusha shares in her new book, that I just happen to get to be part of the launch team for, I needed the message at this moment in my journey to strengthen what God has been teaching me all along. So many of her stories were so similar to ones in my own life that it would have been hard for me to miss the sacred echo there, and then the challenge of hearing a woman, Melba Beals, who declared that knowing who she was in God was her saving grace. My ears perked up and my heart says, “Show me your ways, LORD, teach me your paths.” (Psalm 25:4) Because of who He is and who He says we are, He broke into history for all mankind with “Good news of great joy.” This invitation to walk as the favored and beloved is worth pondering and definitely a wonder.